The historic Theater District in Midtown Manhattan is the place to be for the arts in New York, specifically Broadway shows. Home to 40 Broadway theaters and many more off-Broadway and independent productions, the Theater District offers the opportunity to explore the worlds of song, dance, comedy, drama, and history on and off stage.

Beginning at 40th Street and continuing to 54th Street between Sixth and Eighth Avenue, the Theater District includes Broadway, Times Square, and the Hotel Edison. You'll find our hotel woven into the fabric of Broadway, steps from nearly all the theaters, including a few right on our block: Samuel J. Friedman Theatre, Barrymore Theatre, and the historic Brooks Atkinson Theatre.

Plan your visit to NYC to include a production on or off Broadway - whatever your interest, there's a show for you. The concierge at the Hotel Edison can assist in recommending performances and arranging tickets. 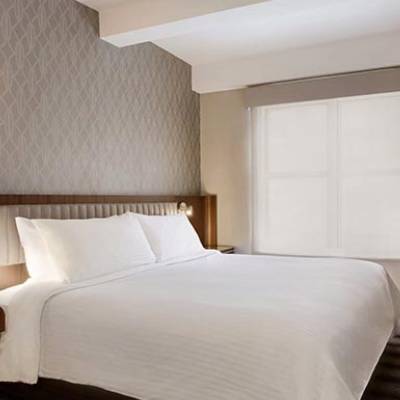